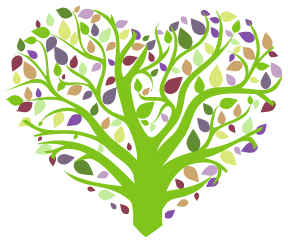 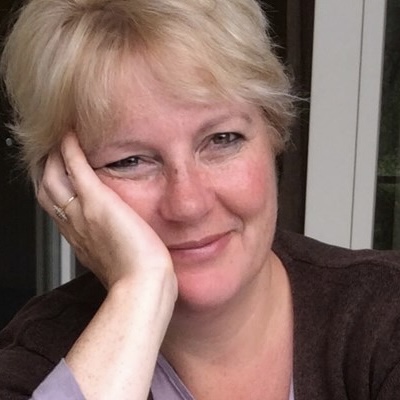 Diana was a well known voice to the nation’s BBC Radio 4 listeners, until she left the BBC at the beginning of 2020, after just over 20 years. She regularly read the news for the Today programme and it was in March of 2020, whilst reading a COVID news story concerning Ken Finlayson, whose wife Kimberley, 52, died on holiday in Bali,  that Diana’s emotional voice pulled on the heart strings of many listeners.

Before joining the BBC, Diana was at Grampian Television as an on-screen announcer and newsreader. After 13 very happy years in Aberdeen – during which time she also wrote for the Aberdeen Press and Journal and gained a teaching qualification, she moved with her family to London. She and her husband recently relocated back to Aberdeen. 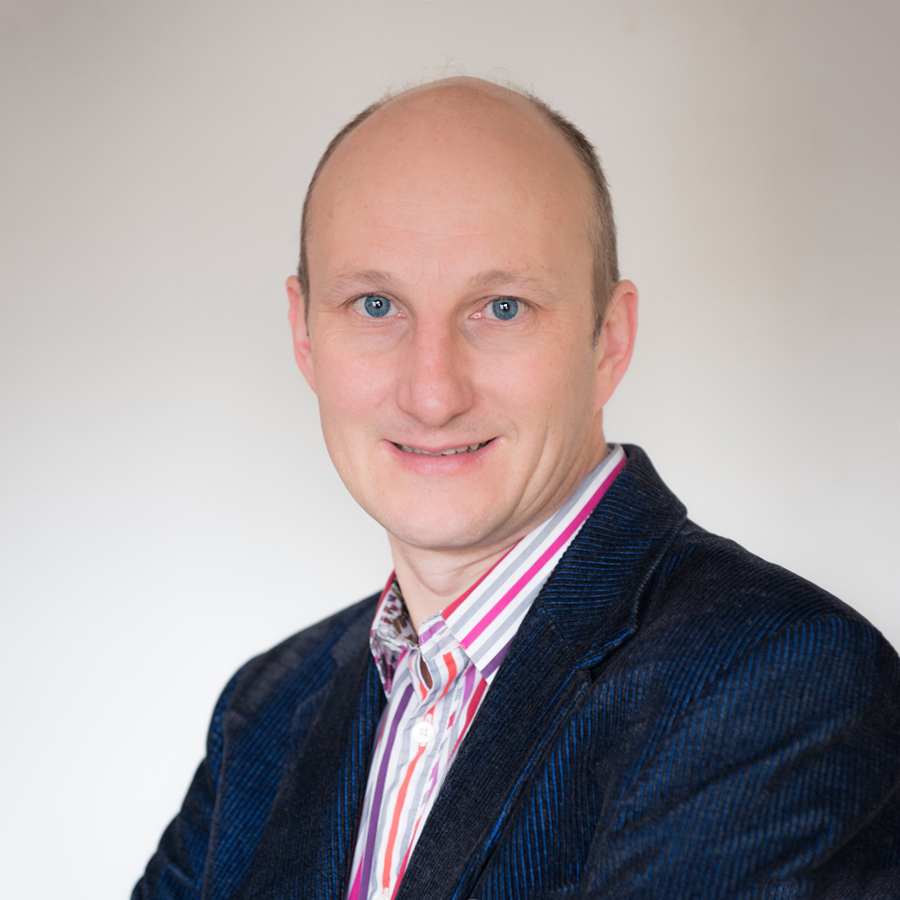 Neal is a qualified teacher, a UKCP Registered Psychotherapist and Supervisor in private practice, and chair of the Neuro-Linguistic Psychotherapy and Counselling Association. He is also the Professional Standards Manager for the Institute of Outdoor Learning (IOL) and has been working in the outdoors with young people and adults since 1993.

Neal is passionate about the benefits of an active outdoor connected lifestyle for individual and community health and wellbeing.  A regular presenter on the subject, Neal champions ethical professional practice in this area and has written several articles and is co-author of the IOL Statement of Good Practice on Outdoor Therapy. 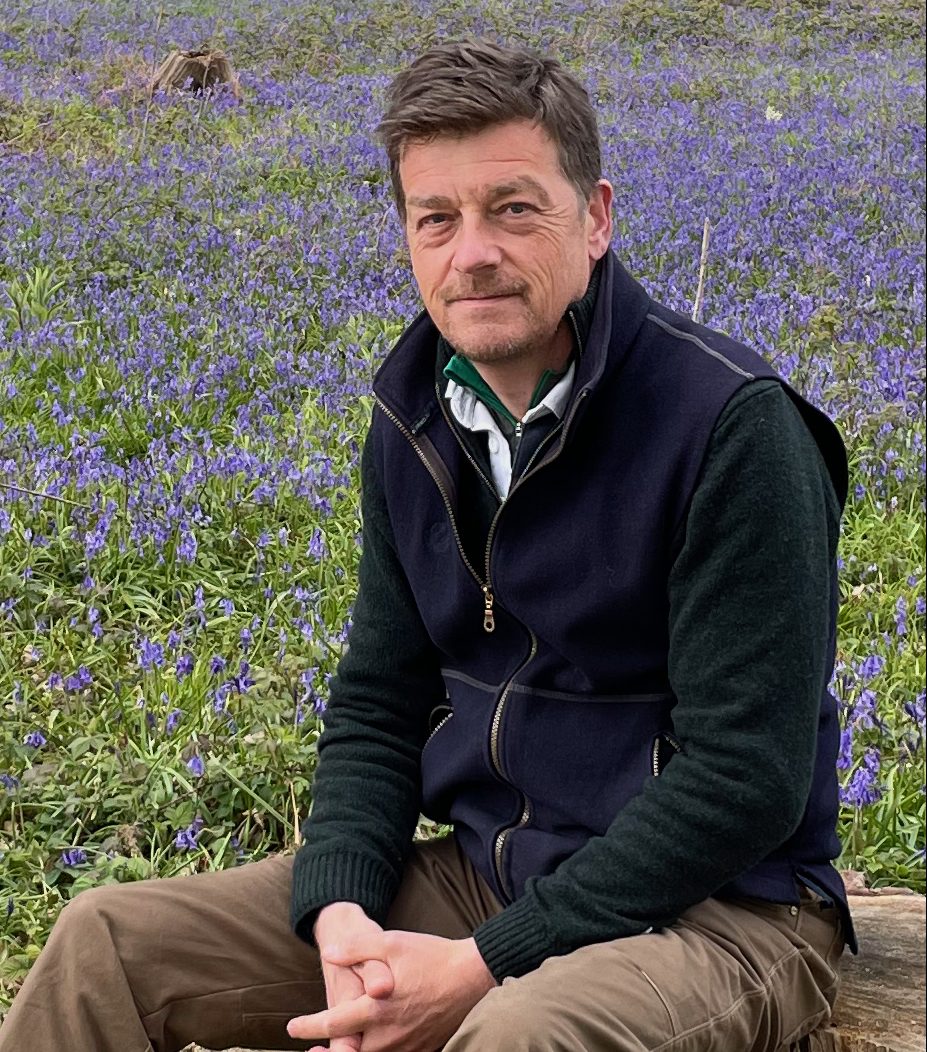 The founder of the Lifestyle Health Foundation, Neil also set up & continues to run the Primary care & Community Neurology Society, & the Community Therapists Network with a great team at Innervate Ltd, who also support the running of the Society of Research in Rehabilitation.

Neil has a passion for person-centred care, recognising, after major surgery for a brain tumour in 2015, that health professionals can also be people living with long term conditions. The team at Innervate Ltd have worked over the years to stimulate connections and ideas that lead to the creation & sharing of respected & trusted resources; the purpose: to support people through challenging times.

Neil’s inspiration in creating the Lifestyle Health Foundation is a combination of supporting the work of the British Society of Lifestyle Medicine and learning only about year before his father died in 2020 of a childhood trauma his father suffered. This, Neil believes, was a major driver that lead to Dr Sidney Bindemann becoming one of the first psychologists to work in a cancer ward in Glasgow, under the direction of Sir Ken Calman. 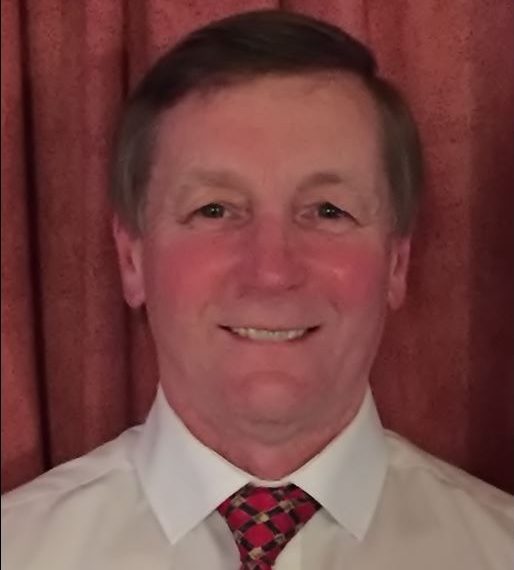 Graham is an internationally qualified Lifestyle Medicine practitioner with over thirty years’ experience in this field. He has worked and lectured both in the UK and abroad and this includes working with PhD students.

Graham is both an innovator and specialist in successful long-term lifestyle behaviour change and often with those most difficult to engage. An example being the development, design, and delivery of an independent school for educating members of Manchester’s youth gang scene, typically 15 to 17 years old. This hugely successful “style of life” based project ran for nine years with three back-to-back “outstanding” grades as evidenced by Ofsted inspectors. This initiative in the UK began to set a president for similar future projects.

Graham is currently the British Society of Lifestyle Medicine (BSLM) regional director for N. Wales, Cheshire West and Chester, and is also the national lead for the BSLM “Schools special interest group”. 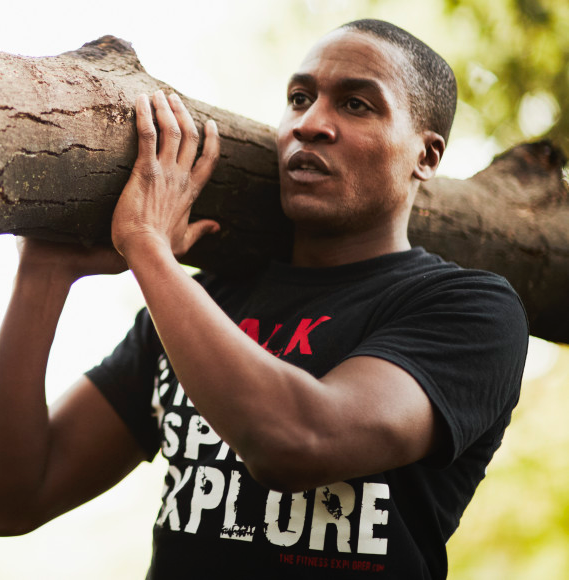 Darryl, a former investment banking technologist, was invited to be a Lifestyle Health Foundation Ambassador because of his drive to inspire people regardless of age, ability or disability to transform and support their mental and physical health by making physical activity fun and engaging.

After almost two decades working as a technologist in investment banking, Darryl, who narrowly escaped losing his life in the London Tube terrorist attack, and who tragically lost his sister in 2016 to cancer, transformed his health after adopting a back-to-basics approach to well-being. As a health and movement coach, Darryl now advises people on maintaining a healthy lifestyle—amidst the epidemic of obesity and other chronic lifestyle diseases.

He specialises in coaching children aged 4-to-94—fitness for those who dislike exercise as well as for those who relish a new challenge and is a best-selling author of the book Animal Moves. 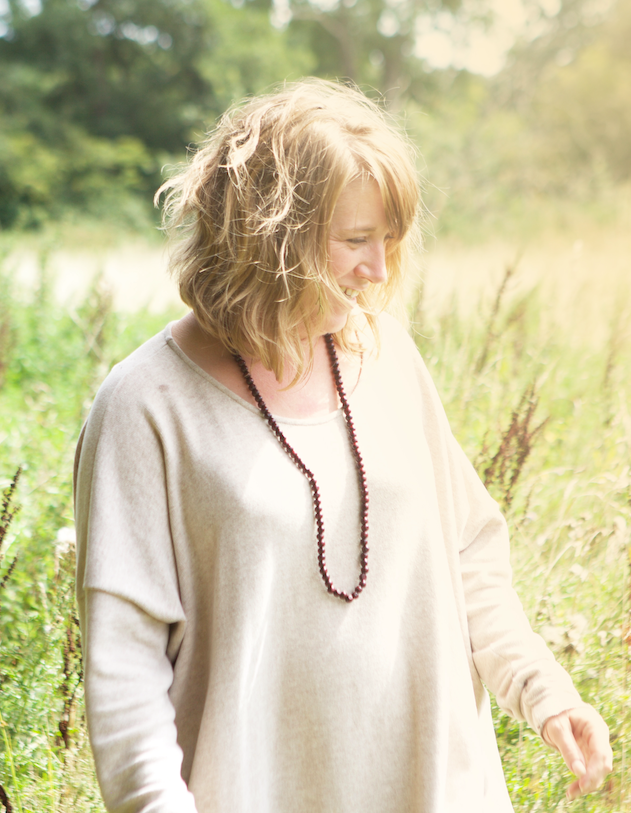 Tansy believes deeply that connection to Mother Nature is a direct pathway to reconnection with your true nature and is determined to remove the stigma that comes with Nature connection practices. As a certified Shinrin Yoku Guide and Natural Mindfulness Teacher, she is driven by a purpose to reignite our relationship with this majestic planet we inhabit. To return to our place of origin and discover a sense of belonging that is waiting for us when we are ready to acknowledge and embrace that we ARE Nature. Also an outdoor empowerment coach for women, Tansy walks alongside her clients on their journey of wellbeing and personal evolution. Nature connection is at the core of her work, her passion, even her name which is a wild flower. Tansy is also a presenter on Wellbeing Radio with a show titled ‘Journeys into the Wild’ and was recently featured on ITV news for Mental Health Awareness Week and on BBC Radio Kent & Sussex to offer guidance during the Pandemic. 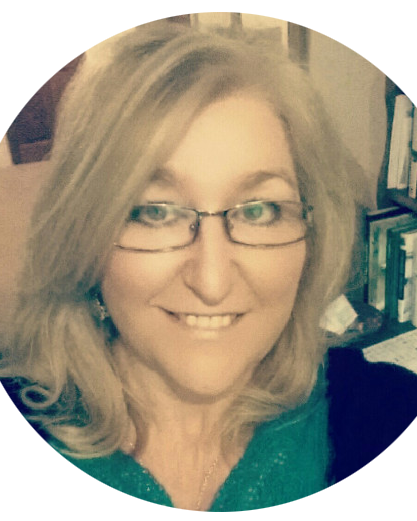 Angela is a counsellor and clinical supervisor with a special interest in the world of trauma and how it affects us. She has a passion for working with people. In 1999 she initially volunteered, before being employed to work for Home Start, an area-based programme to deliver services and support to young children and their families. Angela has also worked for Rape Crisis, Cruse Bereavement and works mostly now as a Clinical Supervisor supporting staff who support others. Over the years the people Angela has met have both inspired and encouraged her human approach to trauma. She believes being able to really hear what people need can help tremendously with the trauma of being diagnosed with a life limiting or life long condition. “The opportunity to learn and grow from people’s own experiences is important for our understanding of how to best provide the necessary and appropriate support.” 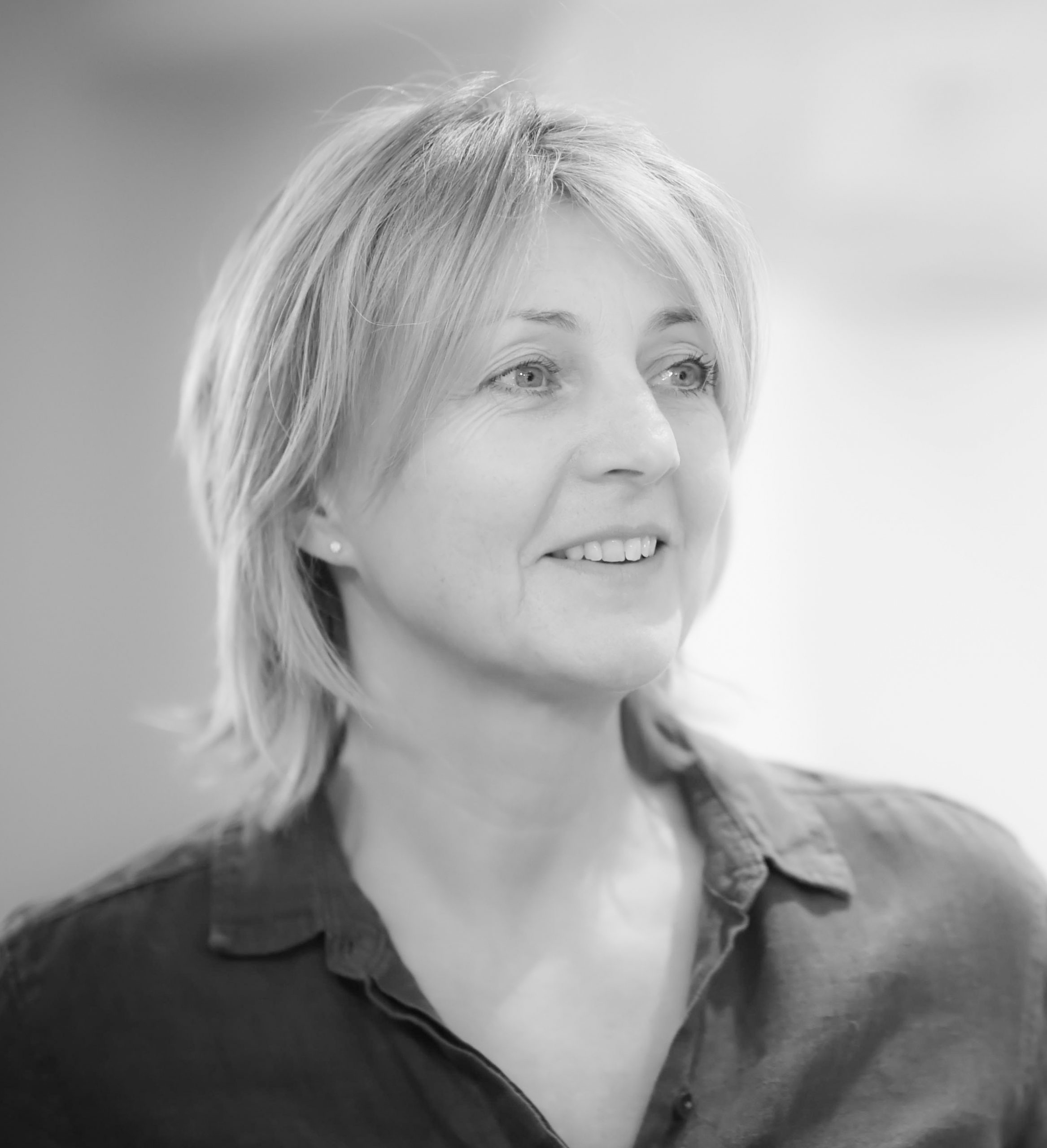 Sue was diagnosed with ME/CFS for more than 20 years, and in Sue’s words “a condition that was a result of unresolved traumatic events in my life as a child but at the time I didn’t know that. A long term illness brings along its friend for the ride like depression, insomnia, anxiety, panic attacks, behavioural problems, disconnection, low self worth, no confidence, eating disorders, chronic pain, fears and addictions and mine was no different. In all my consultations and GP appointments no one discussed trauma and its effects until I happened to find a brilliant therapist, Dr Liz Hall who was trained in many different therapists but after 30- 40 years was curious about a modality that brought together both mind and body known as sensori-psychotherapy. This way of working helped me to learn how to be more resourced in the day, for the first time in a long time I had space in my head for thinking and then choosing to learn more about the mind and body connection. Fast forward 15 years and my quest for learning how the mind works, the mind body connection and how to heal trauma has taken me around the world. I have some wonderful, knowledgeable and challenging teachers stretching me to learn more and to grow more and I am so very grateful to all of them. I no longer have ME/CFS. 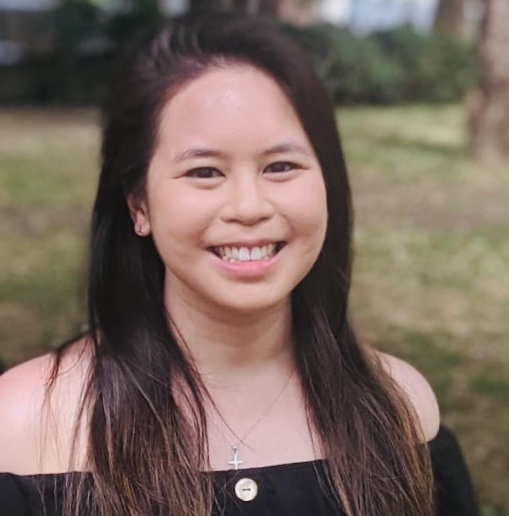 Chee Yeen Fung is a GP, Medical Educator and Founder of the “Dr. Me Project“, a volunteering programme which trains doctors and medical students to teach self-care in local primary schools. Chee Yeen is passionate about improving health inequality through better health literacy, and received the RCGP Specialty Trainee Award and ASME New Leaders Award for her work. Chee Yeen is also Board Member of the Self-Care Forum UK. Outside of work, Chee Yeen is a regular volunteer at her church. 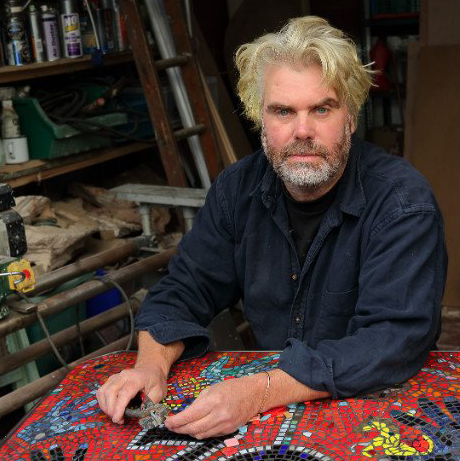 Guy is best known as a sculptor, and enjoys an international reputation. His work is featured in numerous private and public collections across Britain, Europe and America, coming to the public’s attention with his BBC’s Dragons Den pitch in 2008.

He is perhaps best known for his Pop Icon series (2008), which reimagines famous musicians such as Jimi Hendrix, David Bowie and John Lennon. The collection draws on an eclectic range of sources for inspiration — from Andy Warhol and comic book illustrations, to punk fashion trends and Las Vegas slot machines. The work pays tribute to their lost era of musical stardom, and you can enjoy some of this work at the Escape Art Centre, which he opened in June 2021 with owner of the Tonbridge Old Firestation, Richard Collins, which is the new home for the Centre.

The arts have always been a passion for Guy and he has supported many projects designed to encourage children engage in the arts and crafts world to support both their physical and mental health.